When It Don’t Work, It’s The Network!

Not exactly a grammatically correct statement. I get it. 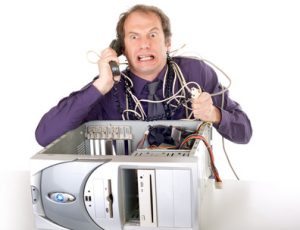 But it’s spot on as it relates to voice over IP.

Because it’s so true.

VoIP is essentially data. It’s a packet-based, real-time protocol. A technology that is reliant on the successful and timely delivery of data packets (which are responsible for transporting voice conversations).

Unlike data (which can be re-transmitted), if voice packets aren’t successfully delivered (aka packet loss), or are delayed (aka latency), then audio suffers in the form of poor voice quality.

This could mean choppy audio, or conversations that fade in and out. It could also result in one-way audio (or no audio) which really sucks for everyone involved.

This is why the phrase was coined…

This statement is NOT intended to point fingers and blame someone else. It’s simply meant to bring awareness to a frustrating problem that can waste a lot of time.

VoIP is commonly promoted by novices as “plug ‘n play”. 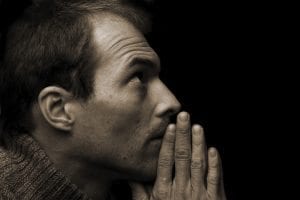 This couldn’t be further from the truth. VoIP is NOT plug ‘n play. Without proper design and setup, your VoIP deployment will become plug ‘n pray. And that’s not a good strategy for your business.

These errant audio conditions are typically elusive and intermittent. And can be caused by a long list of variables including firewalls, switches, routers, “best-effort” cable broadband services, an out of box default configuration, a one wire daisy-chain to the desktop (without proper VLAN tagging), or even just a device on the network that impacts ports or packets.

And sometimes they’ll rear their ugly head out of nowhere after years of good quality service.

So this “awareness” to thwart a potential problem serves as a reference point which allows us to collaborate with our clients and their IT team. With the ultimate goal of quickly identifying the cause so we can efficiently eliminate these annoying and debilitating issues.

If your company has experienced intermittent or chronic voice quality issues, or you would like to learn how to prevent this from derailing an upcoming VoIP deployment, then contact the VoIP specialists at IDeACOM.

We have the experience, the resources and the expertise to help your company with a successful, hassle-free implementation.

Your voice is important to us!

You have Successfully Subscribed!